I began modeling Scorch the dragon in Animation:Master way back in July 2000. I got as far as rigging him, animating a basic walk cycle and partially texturing him before I decided to switch him over to Cinema 4D in early 2003. Using the imported A:M spline cage as a basis I rebuilt his mesh over a couple of weeks to give the results you see below. I've decided not to progress any further with him now as I really need to move on to new projects.

The following radiosity render is lit solely by a luminous sky sphere. Below that is the original sketch I based the model on. 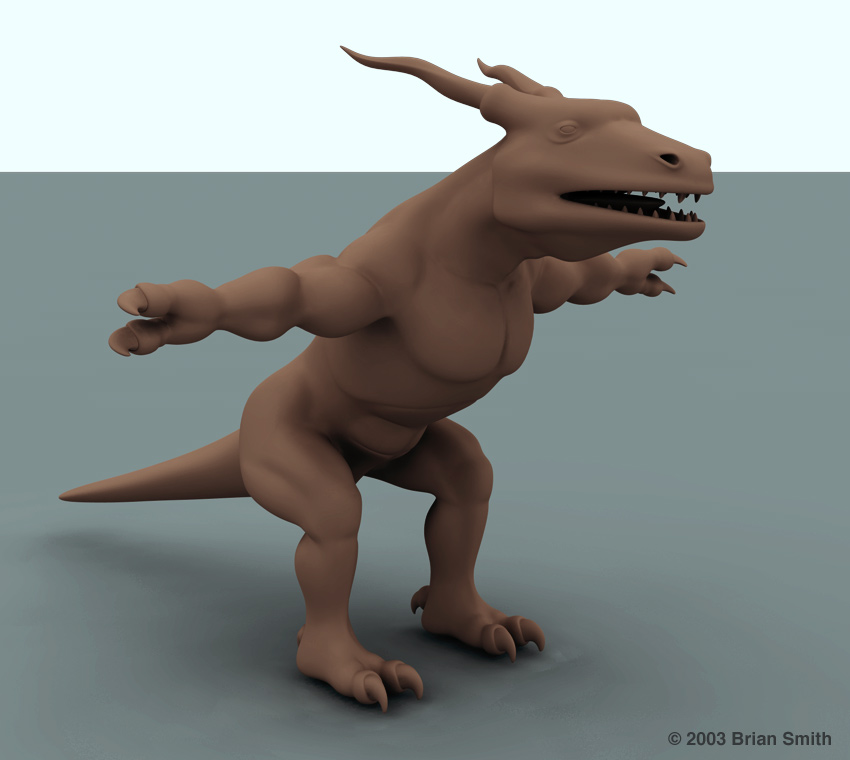 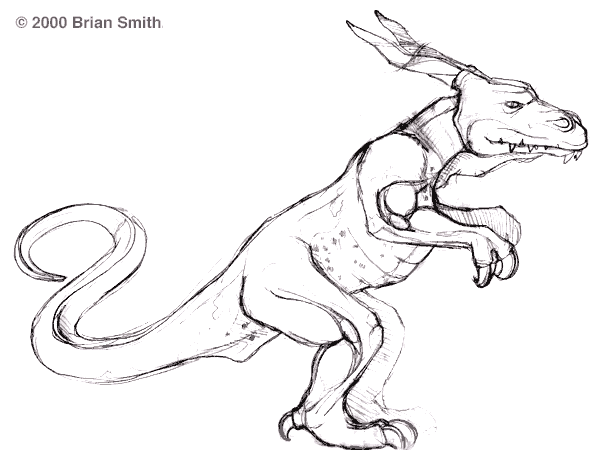