A yakuza showing off her octopus back tattoo.

While searching for reference images I came across Yakuza Moon; a memoir written by the daughter of a Japanese mafia boss. She doesn't cover the yakuza in great detail but does talk about her early life as a yanki. I picked up a cheap copy on Amazon and found it to be an interesting insight into a part of Japanese culture I had previously only seen in the movie Kamikaze Girls.

After spending a very long time mucking around with this painting I finally got it to a point where I thought I could leave it. It's not exactly how I originally envisioned but I wanted to move on to other work. 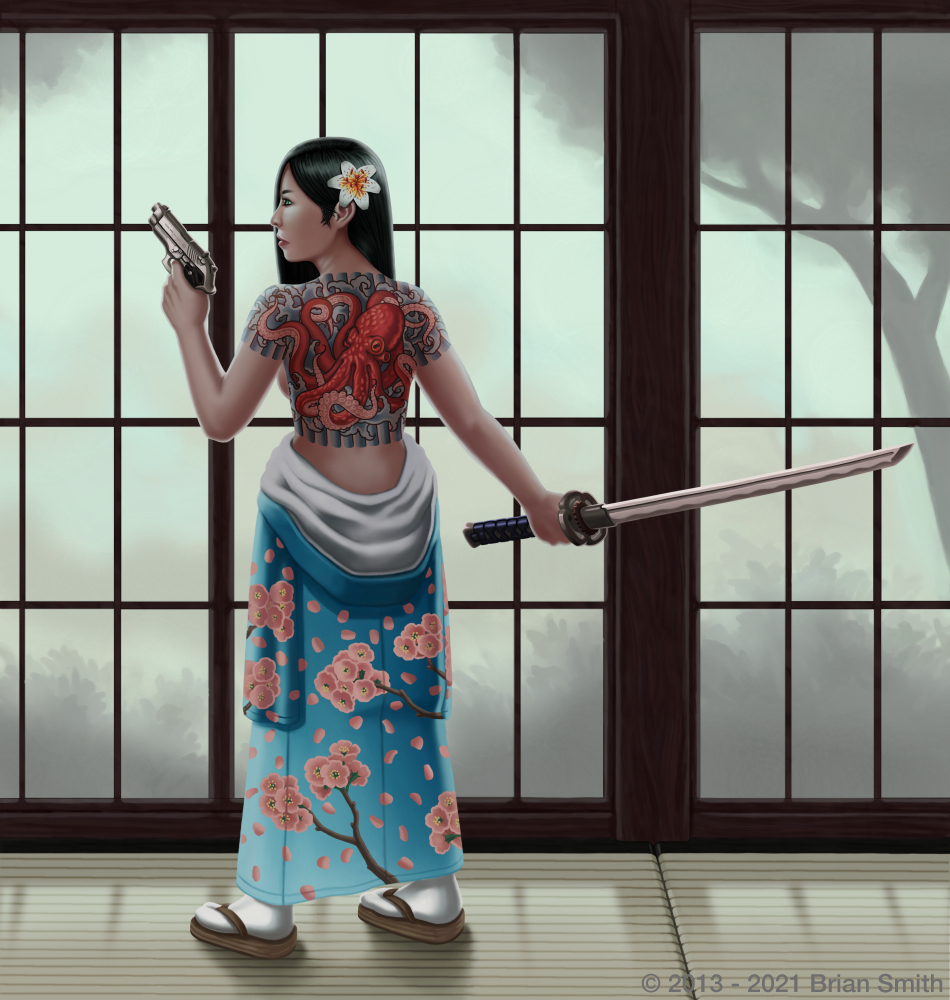 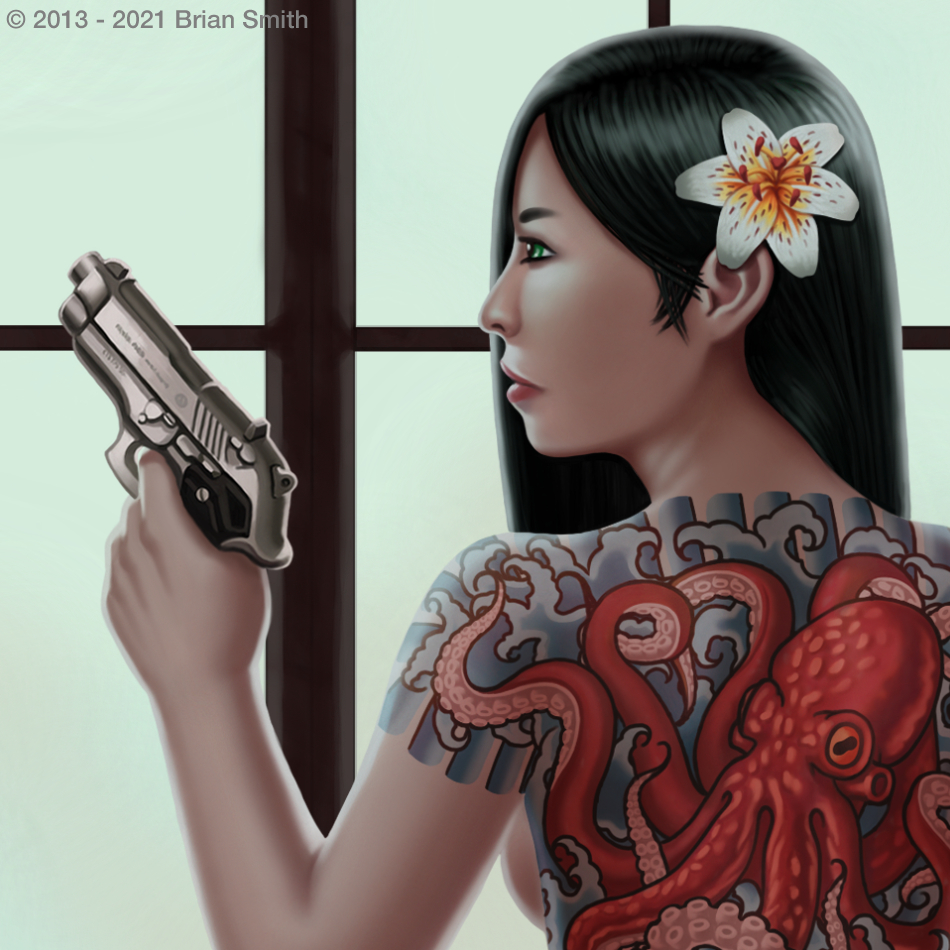 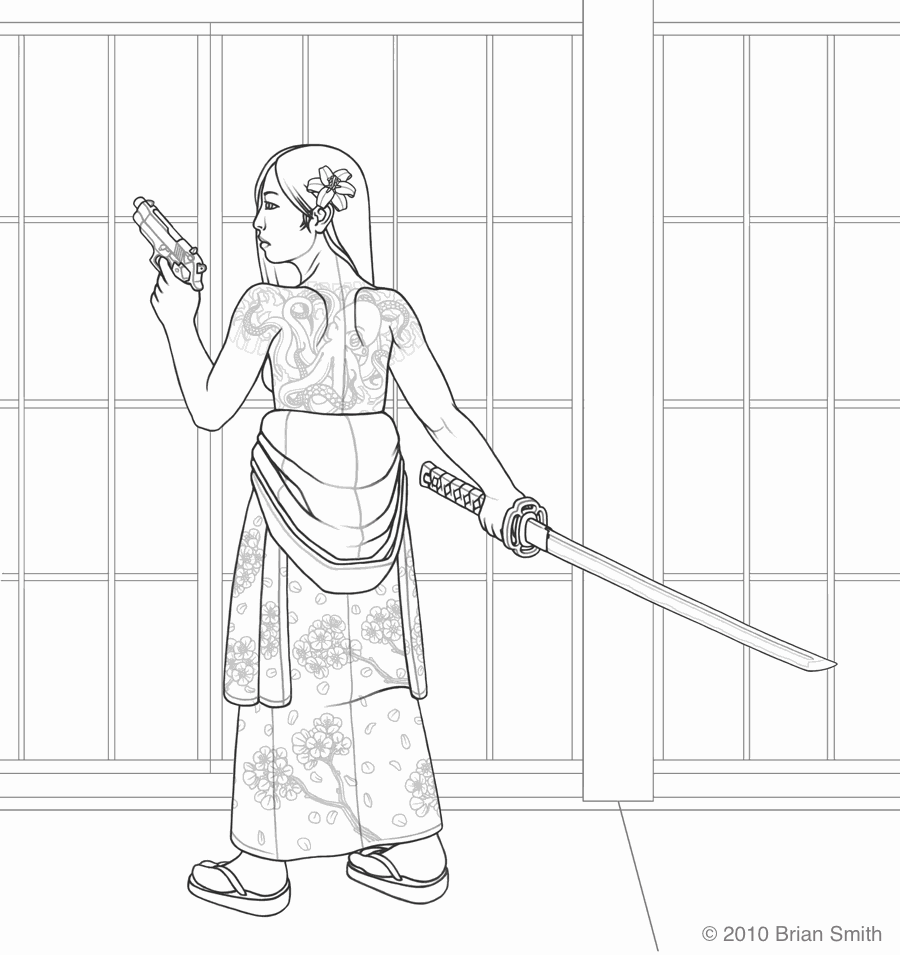