I recently got into Japanese folktales and creatures after watching a Takashi Miike film called The Great Yokai War and buying the kindle version of The Night Parade of One Hundred Demons.

This is my version of a traditional Japanese demon or oni. Strictly speaking oni were always male, the female counterpart being kijo. However I've chosen to ignore that and do a female version of an oni since they have a more interesting look in my opinion. Oni are larger and stronger than a normal human with red or blue skin, one or two horns and fangs or tusks. They wear animal skins and often wield a large club. Kijo on the other hand are reclusive hags with ugly faces, blue skin, sharp horns and long claws who wear tattered rags.

I decided to give this image a cartoony look, leaving the lineart visible. The kanji symbol in the top left says 'oni' and the one on the drinking gourd says 'sake'. The blown out tresses of her hair on either side are meant to balance the shape of her horn. She's carrying Japanese Buddhist juzu prayer beads in one hand and leaning on a iron spiked tetsubo club with the other. 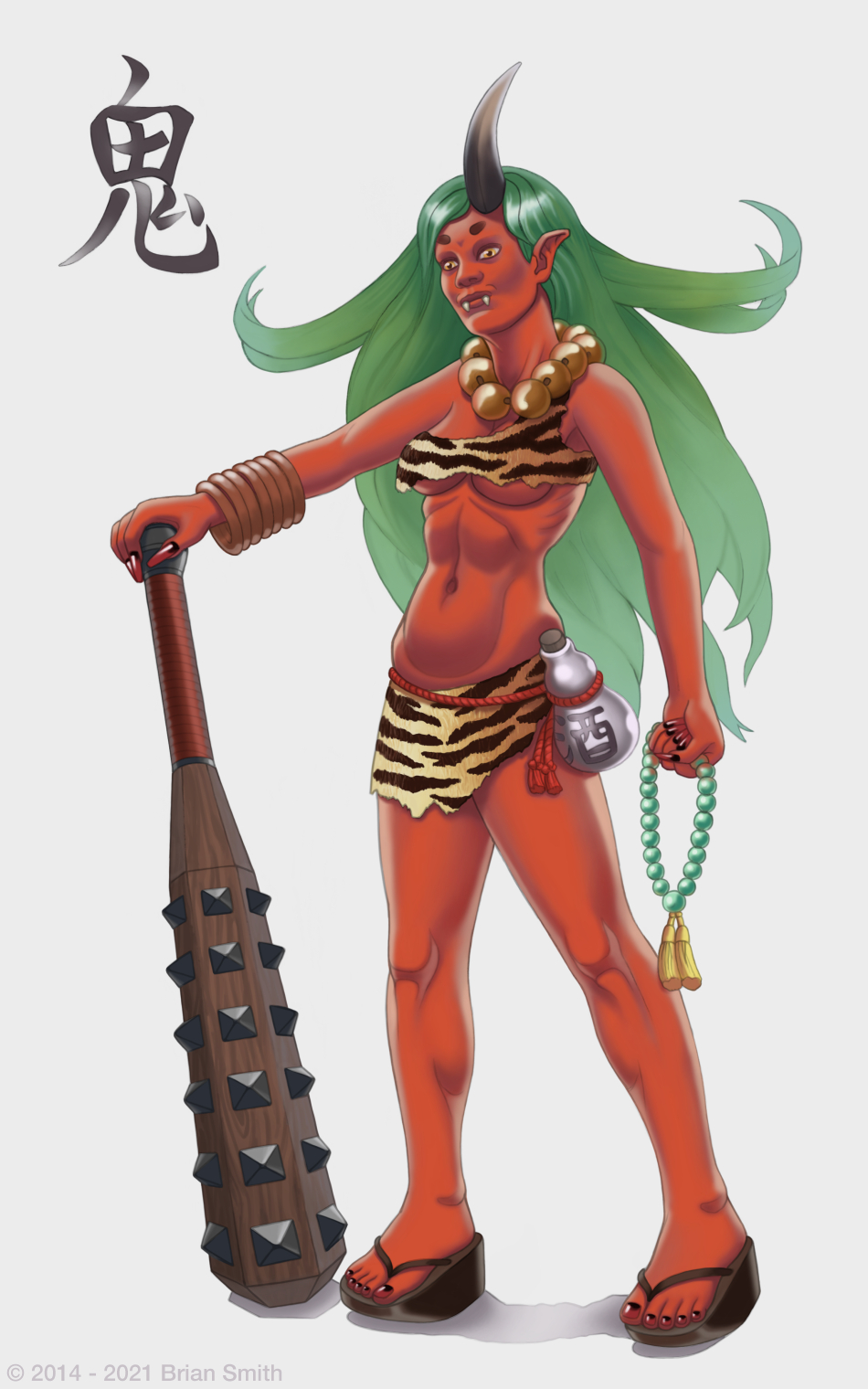