A Goth girl contemplating her own mortality.

This image is a reaction to my last one, which was very colourful and highly saturated. I wanted this piece to be almost monochrome with just subtle hints of colour. I was aiming to give the girl a milky, corpse like complexion and glazed dead eyes. I'm fairly pleased with the results.

The name refers to Memento Mori paintings which often feature skulls or skeletons, a muted colour palette and sombre theme. Appearing through out history, they were last popular in the UK during the Victorian era following the death of Prince Albert. They were intended to remind viewers of their eventual end and perhaps inspire them to spend their allotted time more wisely.

Update: I fixed a few things that were bothering me. Mainly I made the girl's waist a bit wider and repainted the rose crown. 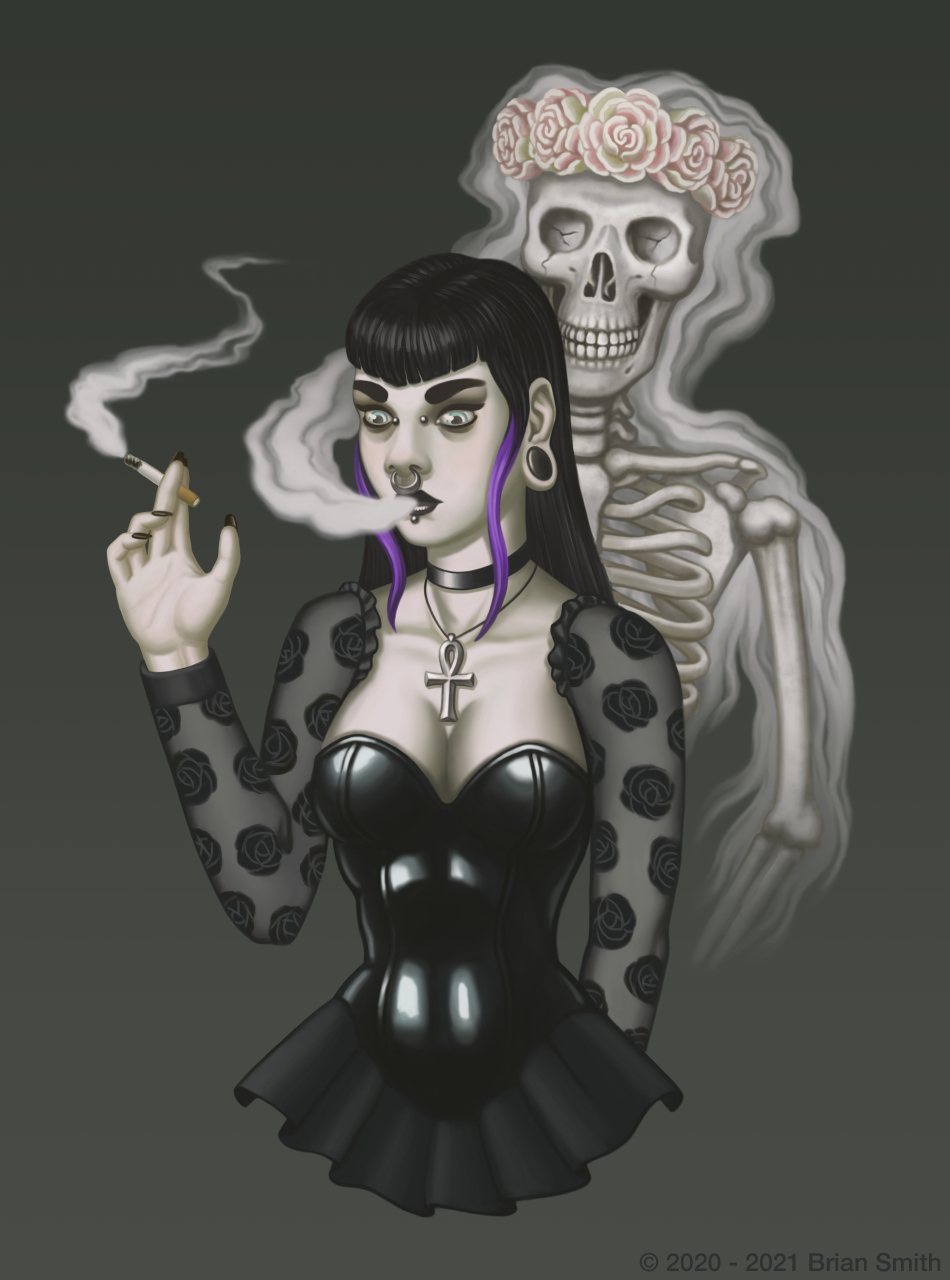