Bristol Belle is based on the type of Vargas style pin-up art some WW2 bomber crews painted on their aircraft as mascots. The name is a play on the famous B-17 Flying Fortress, the Memphis Belle, and my current home city of Bristol. The crews would also keep a symbolic tally of their bombing runs and any enemy planes they'd shot down. I've seen photos of real WW2 bombers where sucessful missions are marked by pints of beer and even kangaroos!

I'm not entirely sure where the inspiration for Bristol Belle came from, probably a Studio Ghibli film I saw recently called Porco Rosso. It follows the adventures of a seaplane pilot during the rise of fascism in pre-WW2 Italy. It's one of the more conventionally plotted Ghibli anime despite the protagonist having been inextricably been turned into a pig! Definitely one of my favourite anime.

Update: I came back to this image after seeing the cool Vargas style illustration of Sally Jupiter by James Jean that was produced for the Watchmen movie. Check it out on the artist's site. I reworked the line art a little, mainly changing the pose of her legs, and then coloured it trying to imitate the Vargas style. 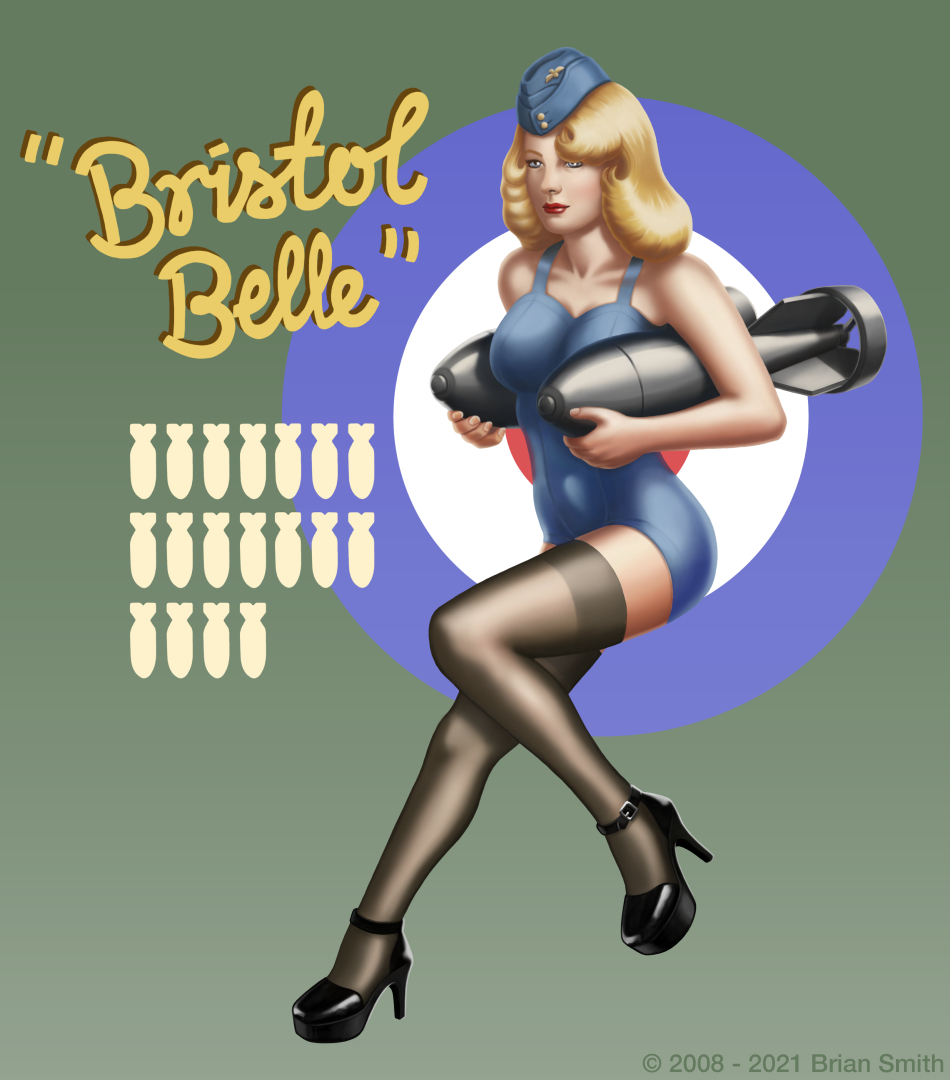 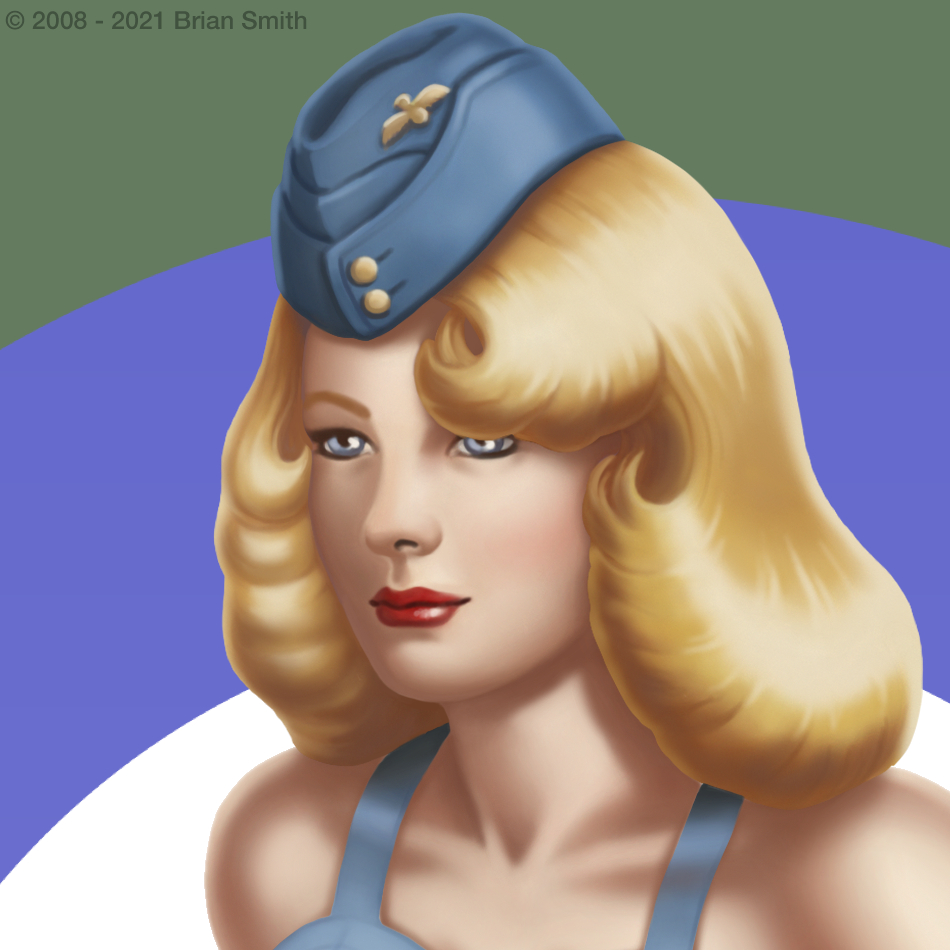 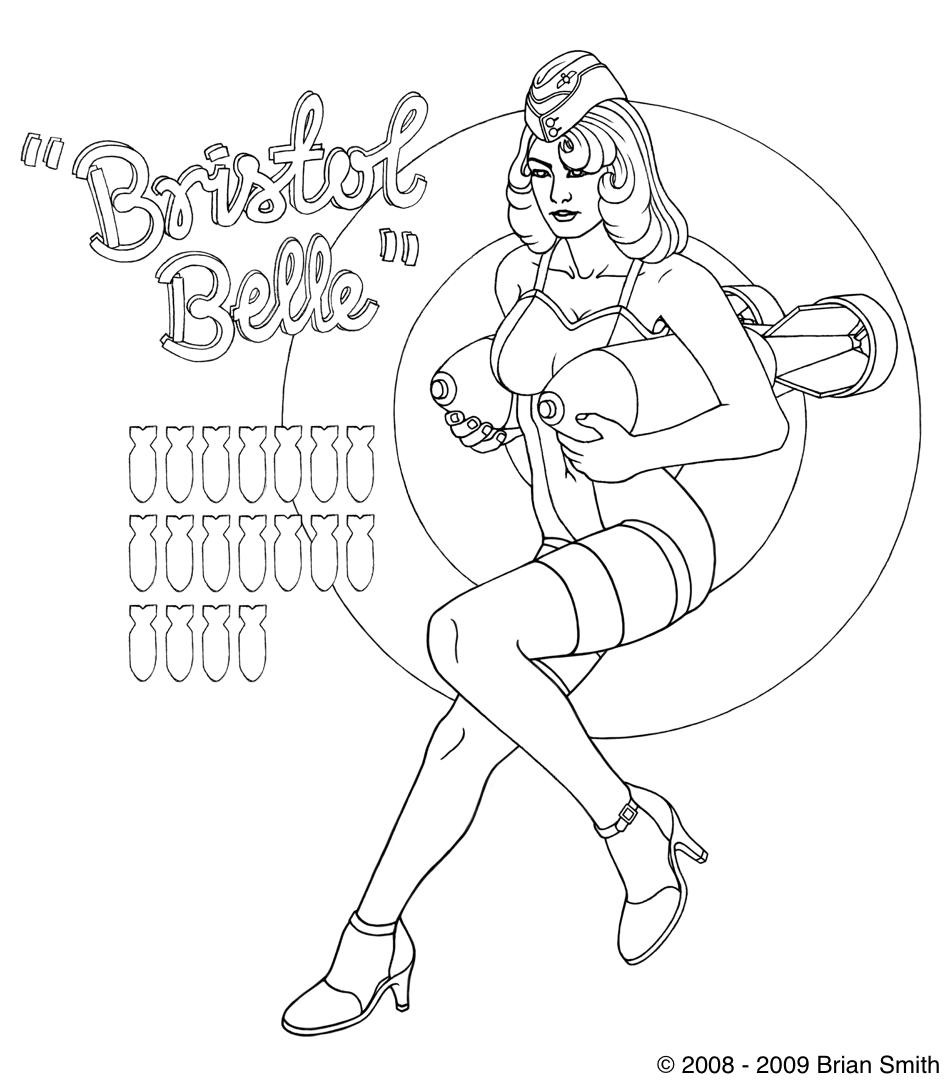