A fan art sketch of Revy, one of the lead characters from the anime series Black Lagoon. Featuring the Russian Mafia, neo-Nazis, an assassin maid and arms dealing nuns, I really can't recommend the series highly enough. Black Lagoon is up there with the best anime, like Cowboy Bebop and Ghost in the Shell.

Revy generally plays it cool but tends to freak out during gun battles. Here she's wielding her trademark dual 9mm 'cutlass' pistols, for which she got her nickname 'Two Hands'. 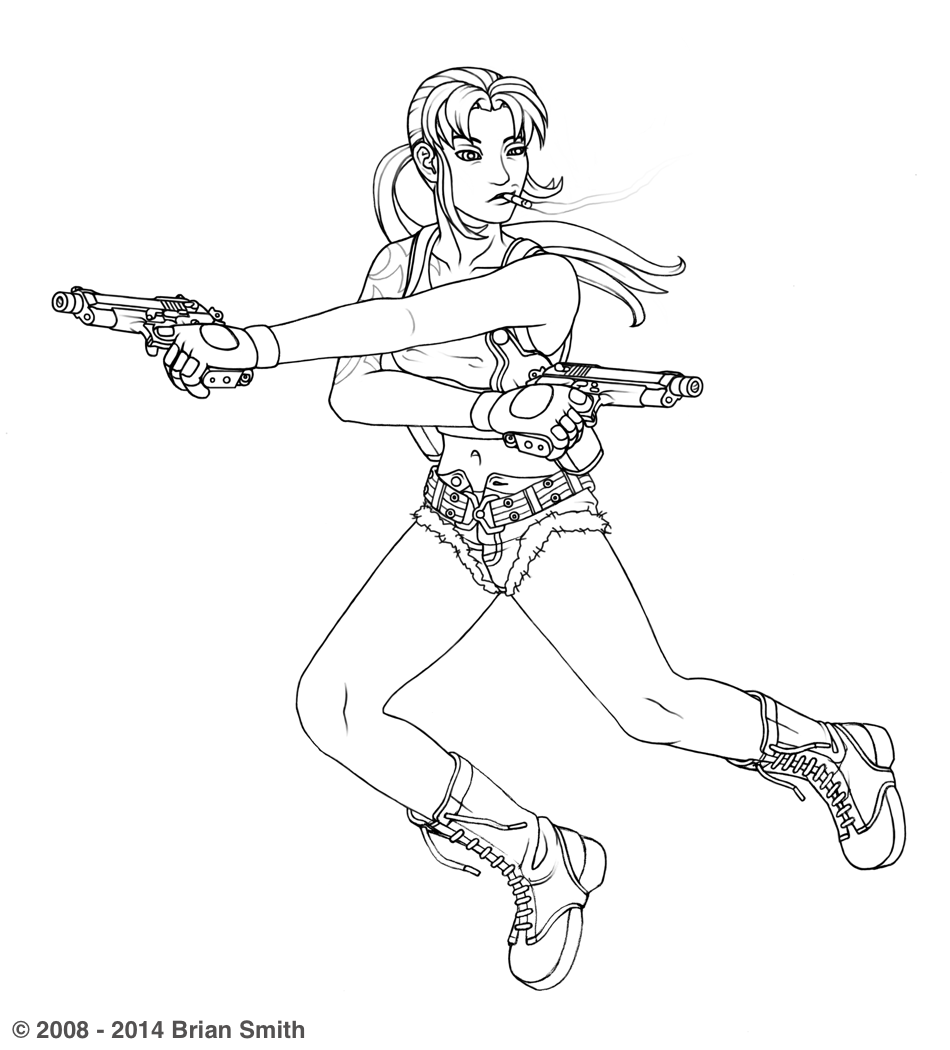