This is my version of Sheva from Resident Evil 5, wearing her alternate tribal costume.

Sheva has earned a lot of ire from gamers due to her dodgy AI; using up first aid sprays on Chris every time he gets a scratch, sticking with her hand gun while being rushed by a load of zombie manjis even though she's carrying heavy weaponry, that kind of thing. The weirdest behaviour I saw her exhibit was during the first chapter when we were faced by a mob. I had given her the longbow as her only weapon, figuring its one shot kills would enable us to easily dispatch the enemies. She had other ideas however and decided to walk around and around me in circles, backwards! Still, it's good to see a black female lead character in a video game. 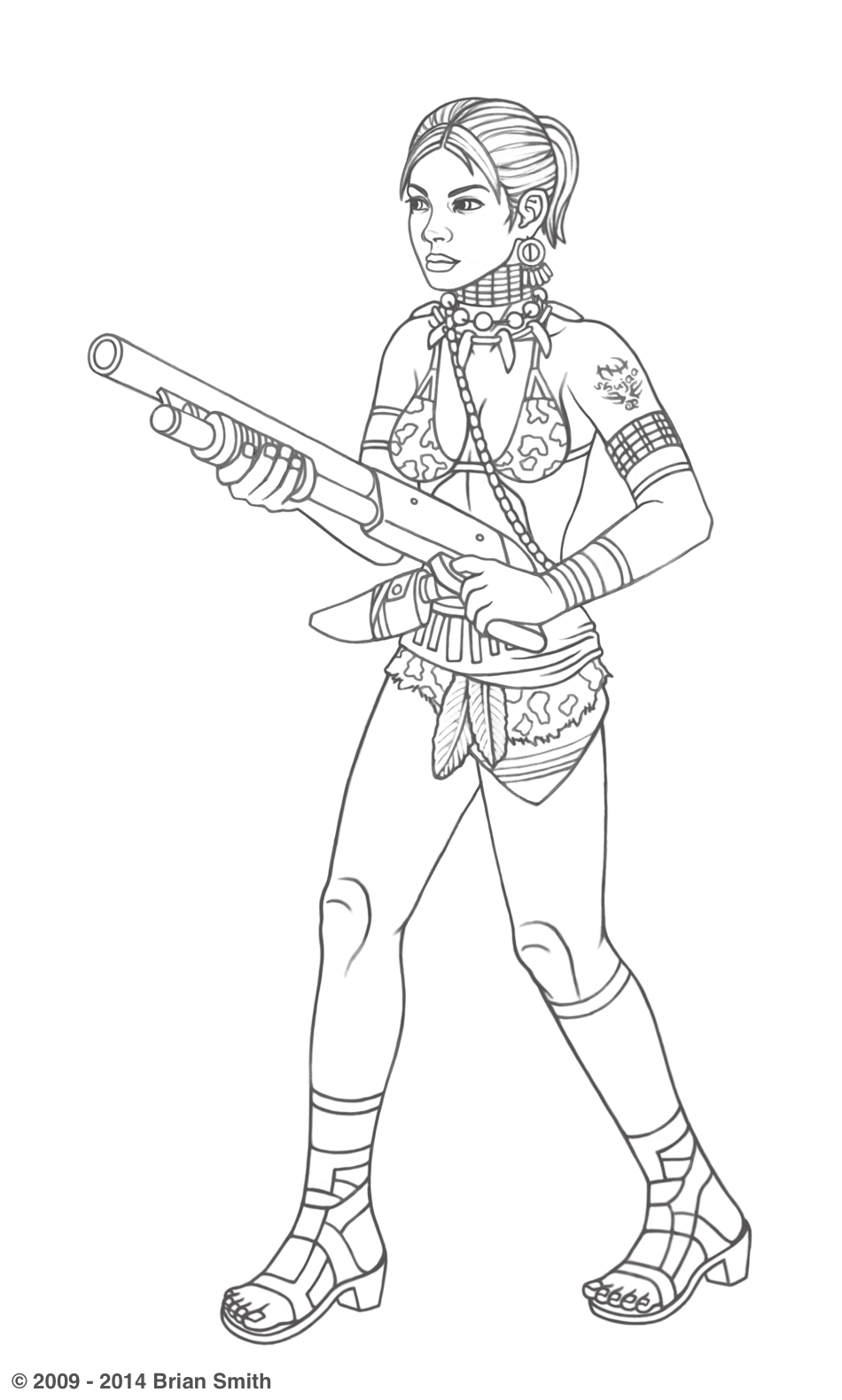