I was inspired to draw Kaboom! by a scene in the anime film Cowboy Bebop: Tengoku no tobira, where a terrorist is shown in slow motion casually walking away from an exploding chemical tanker. I wanted to give my character the same look of nonchalance, not sure if I succeeded though. I didn't think-up a background story for her but to indicate that she's 'one of the good guys' I gave the building she's destroying the ominous sounding company name of Hydra.

I had great difficulty working out the forced perspective by hand and ended up creating a mock-up of the scene in Cinema4D as a guide. The Photoshop image consists of 3 layers; the background building and explosion, a semi-transparent gradient atmospheric fog layer and finally the character layer.

Incidentally, she's carrying a pair of MAC 10 submachine guns in honour of the game Max Payne, which I was playing around the time I drew her. 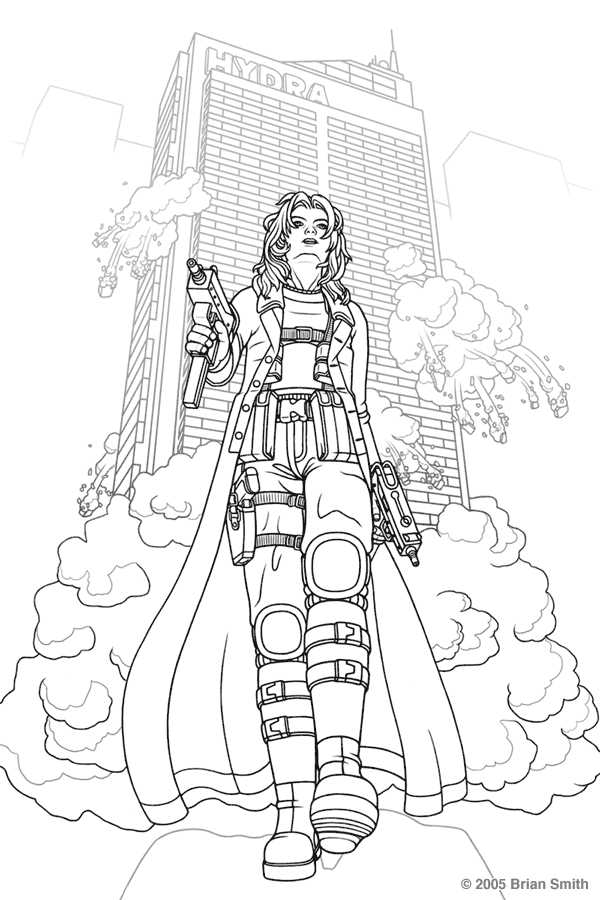