This bike was part of a larger project combining 3D and 2D graphics. I originally wanted to hand draw a Japanese biker chick riding an Extreme G3 style motorbike but the prospect of manually working out the bike's perspective put me off. So instead I decided to try modelling it using Cinema 4D XL's hyper NURBS. I must say I'm really impressed with their flexibility. I should also give credit to this detailed tutorial on building a Chevy Bel Air which gave me some valuable tips.

I achieved the glossy finish on the bodywork by assigning the bhodiNUT Fresnel shader to the material's reflection channel. The reflectivity is set to fade from light blue at the edge of the object to black at the centre. The red, white and black stripes are the result of a colour texture flat projected from the side. The silver logos are separate flat projected decals.

The rider in this render is the stock Zygote female model that ships with Cinema 4D XL. Also, the bike has an authentic Japanese license plate! 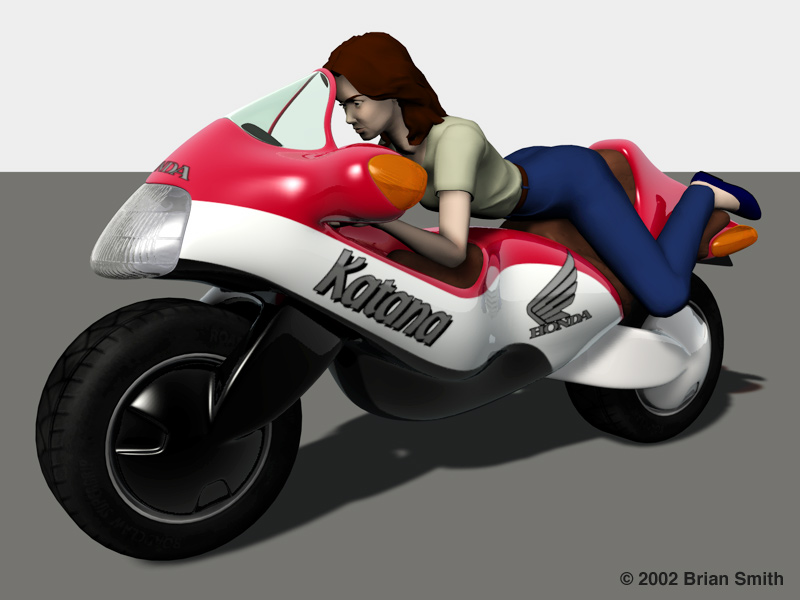 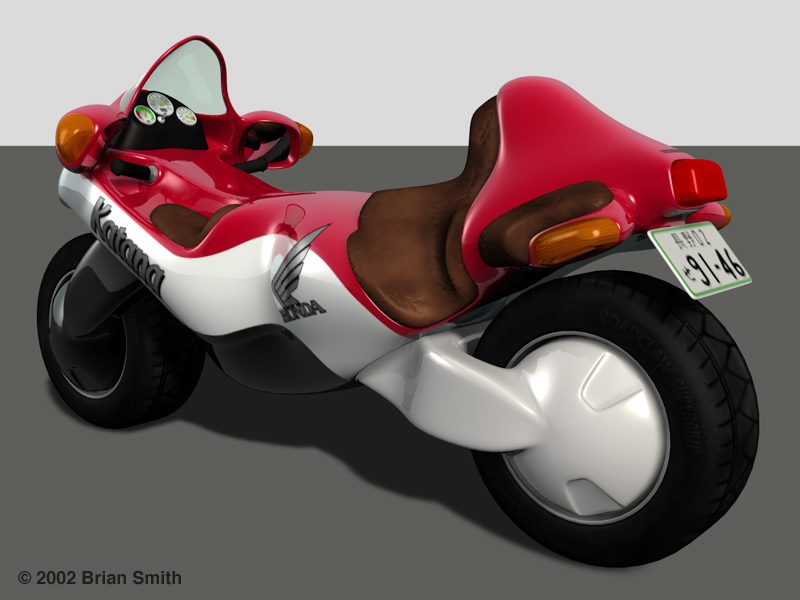