I based the initial design for this futuristic pole dancer partly on the night club dancers from the Mass Effect games and partly on early promotional images for the movie Tron: Legacy. After seeing Tron: Legacy in the cinema (I managed to catch it twice in 3D on an IMAX screen!) and really liking it I decided to modify her outfit to remove the hardsuit elements and give it more of a Tron styling.

I scanned the original sketch into Photoshop to clean it up but by the time I came to colour it I had upgraded to a MacBook Pro running Mac OS 10.6 and so couldn't run Photoshop 7 anymore. Instead of paying a fortune for a newer version I decided to try some other painting apps. Pixelmator came out on top of the batch I experimented with. It has a couple of interface quirks and is a bit buggy but on the whole I like it. 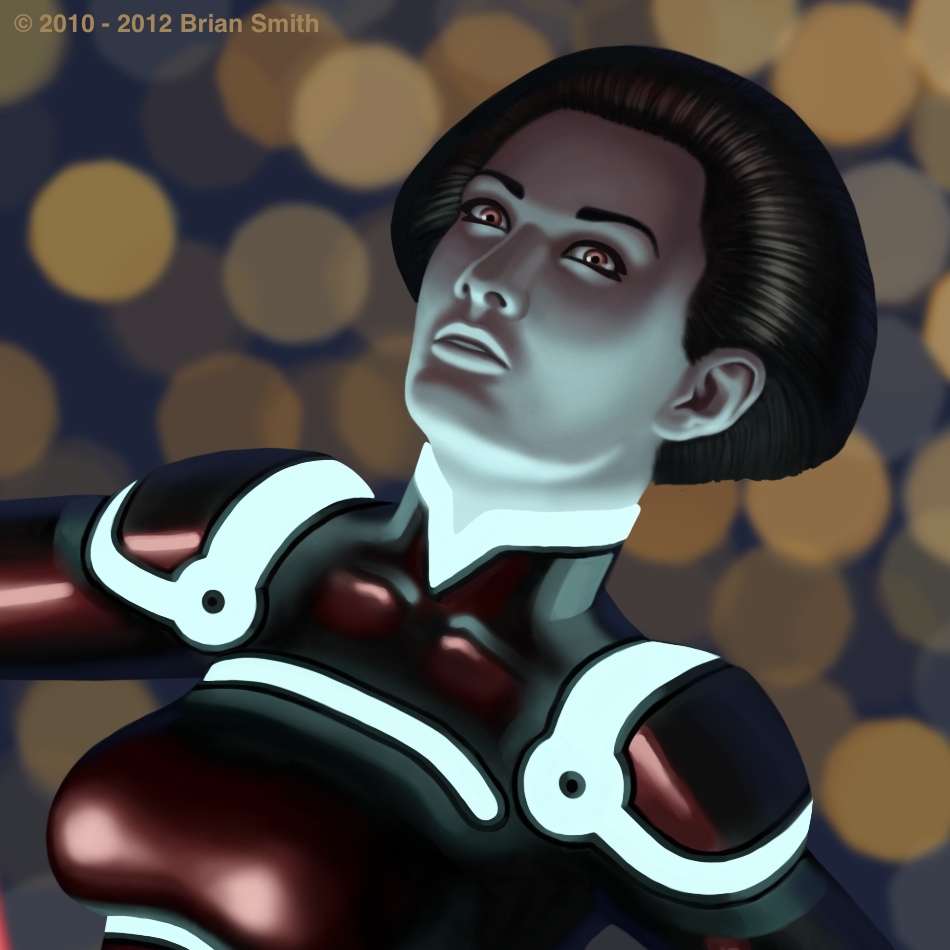 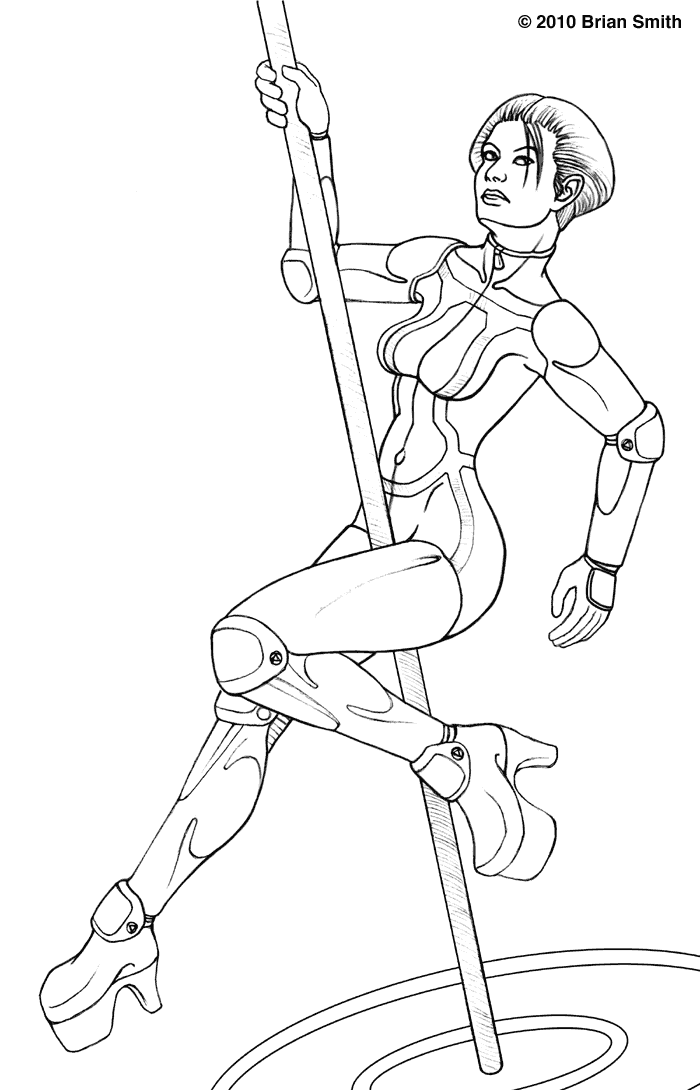