This was another case of an image just popping into my head. I was sure someone else must have had the same idea, but although I found lots of versions of the yin and yang symbol on the Internet that included human bodies, there weren't any that featured a black and a white women with opposite coloured accessories to represent symbol's dots.

I think the image turned out fairly well. I had originally intended to make their skin textures more realistic but the stylised look seems to fit the simple graphic background. 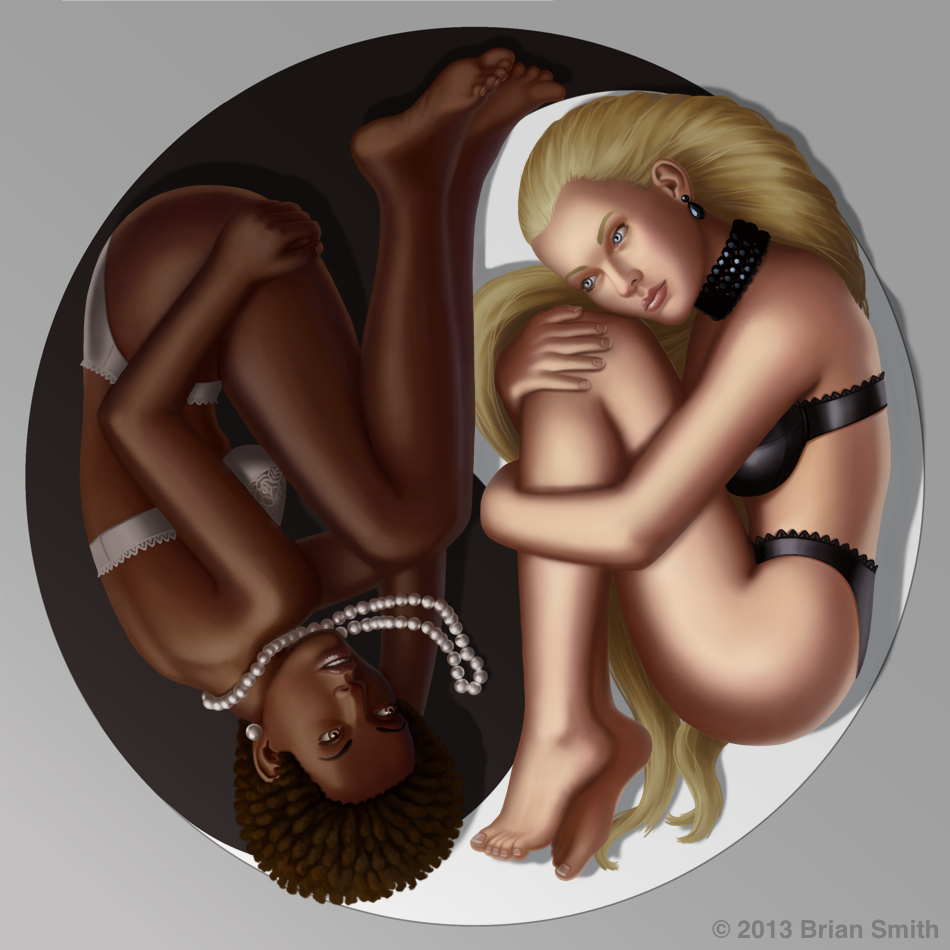 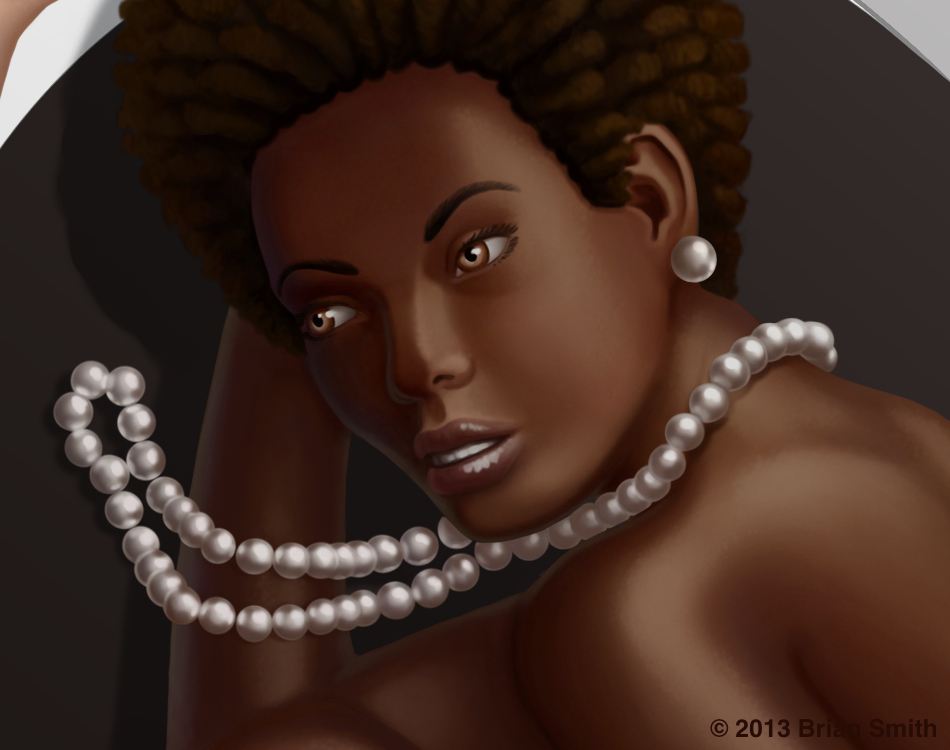 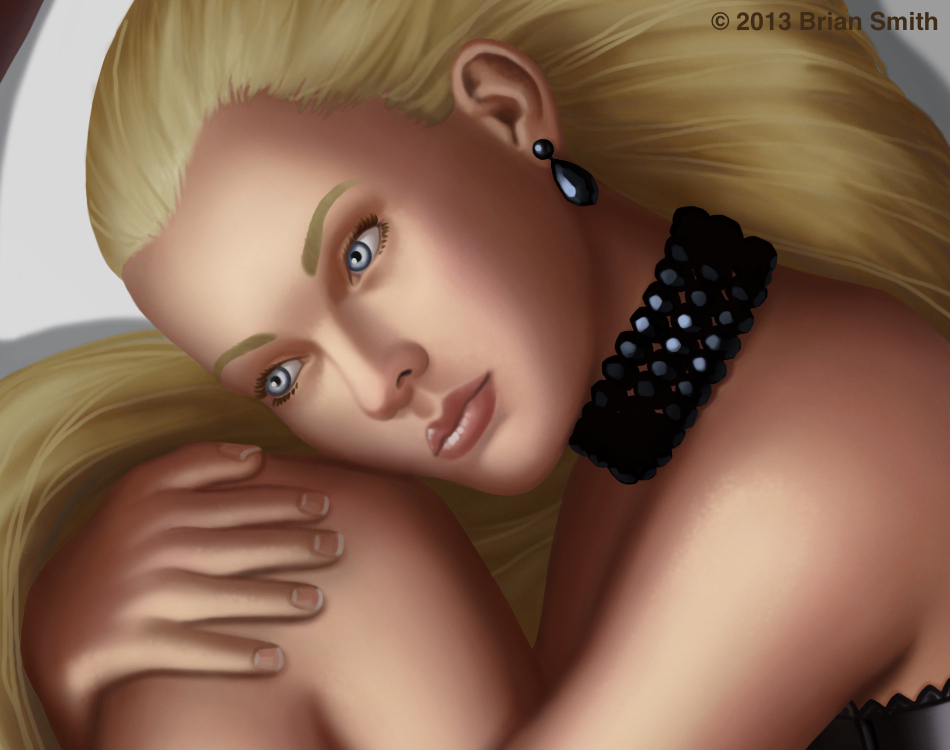